There is definitely a touch of fall in the air, even here in the South. It is time to gather our information nuggets and store them to use after the holidays for our winter research hunts.

More on Researching Photographers Working in the South

Frances Benjamin Johnston’s Carnegie Survey of the Architecture of the South (CSAS), a collection of just over 7,000 photographs in the collection of the Library of Congress, has been used by Kristi Finefield, of the Prints and Photographs Division, in a project called Surveying the South, utilizing software available to anyone.  With  Story Map, you can combine maps with narrative text, images, and multimedia content to tell a story.

The F. B. Johnston CSAS collection documents about 1,700 structures and sites, including architectural details, as well as bookmobiles, dovecots, and even clotheslines in the rural and urban areas of Virginia, Maryland, North Carolina, South Carolina, Georgia, Alabama, and Louisiana (to a lesser extent Florida, Mississippi, and West Virginia). On the Surveying the South site, you can download map data to see exactly where these structures were (click on the three bars, to the right of “Process”). 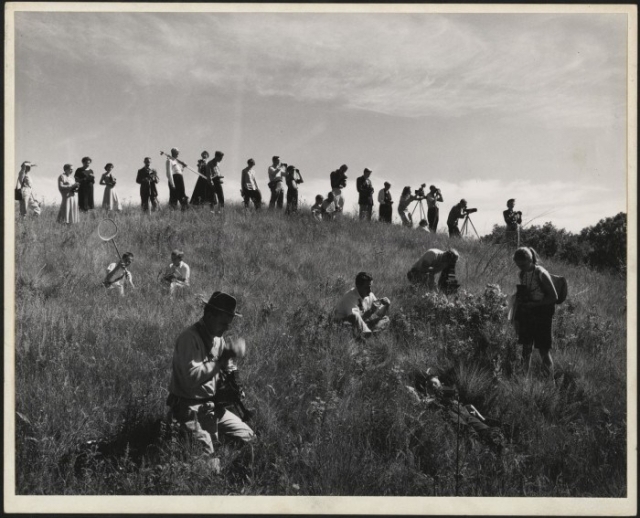 There is a new coffee-table book, Gildersleeve: Waco’s Photographer, published in September 2018, created by the staff of Baylor University’s Texas Collection and Baylor University Press. Fred Gildersleeve (b. 1880) documented Waco, Texas, a century ago through his photographs. “He pioneered panoramas and aerial shots using Waco as his subject.” The Texas Collection has about 2,500 Gildersleeve negatives, and it was quite a challenge for them to narrow it to the 186 photos in the book.

A series of films, Saving Grace, on the rural churches of Georgia, premiered on Georgia Public Broadcasting in September. It continues with new episodes on Mondays (repeated on Saturdays) through October 27. This series is based on the ongoing research of the authors and contributors to the wonderful, beautiful book Historic Rural Churches of Georgia (University of Georgia Press,  2016). The book is full of fine photography of forty-seven early houses of worship from all areas of the state, church interiors and exteriors, as well as views of several church cemeteries. The book is also a fascinating history of Georgia. See their website of the same name for the current work the group is doing to bring Georgia’s churches to the fore. After the series airs, episodes will be available at http://savinggraceshow.org.

The Digital Library of Georgia has added a new collection of town and home movies digitized by the University of Georgia’s Walter J. Brown Media Archives and Peabody Awards Collection – the Georgia Town Films Collection covers the towns of Fitzgerald, Bowman, and Athens, and the Georgia Home and Amateur Movies collection comprises 126 home movies.  Items in this digital collection include a film from the Pebble Hill Plantation film collection with footage of African Americans playing baseball in Thomasville, Georgia, wearing their plantation uniforms. There is a film from the Kaliska-Greenblatt home movie collection showing a parade honoring golfer Bobby Jones on Peachtree Street in Atlanta in 1930. Another film, from the Joseph and Marion Rossiter home movie collection, shows a 1950 St. Patrick’s Day parade in Savannah. A film in the Newman Family home movie collection shows congressman John F. Kennedy at the LaGrange airport, on a presidential campaign stopover.

The Johnny Mize Collection, now online via the Piedmont College Library, in Demorest Georgia, with the assistance of the Digital Library of Georgia, includes many photographs of baseball star Johnny Mize (1913-1993). A member of the Baseball Hall of Fame, Mize played in the minors with the Greensboro Patriots, Elmira Red Wings, and the Rochester Red Wings, and in the majors with the St. Louis Cardinals.

When researching photographers, don’t forget those valuable vital records for birth, marriage, and death. The ever-busy Kenneth Marks has compiled a list of 585 “New Southern States BMD database links.” These 1,045 free online Birth, Marriage, and Death Record collection links were just updated, and include both state-wide and county databases.

The Virginia Newspaper Project has increased its holdings to include the 1879-1959 issues of the Northern Neck News of Warsaw, the Idle Hour of Glen Allen, and additional West Virginia titles. More are to be added. There are links to these and other Virginia newspapers at The Ancestor Hunt.

The Richmond Headlight has been digitized and is uploaded to DigitalNC. There are forty-three issues, from March 1901 to September 1906. 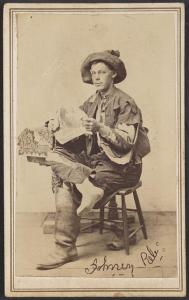 A list with live links, called “22 Online Historical Photo Databases,” is available from Family Tree Magazine. This list covers two southern sources directly, the Digital Library of Appalachia, and the Tulane University Digital Library,  but do not forget to check the Library of Congress, Flickr, CARLI Digital Collections, as well as other of these resources. Take a look and have fun making new discoveries.

A rare camera collection of more than 500 cameras, produced 1850 to 1930 by American manufacturers, includes American field view cameras, hundreds of related accessories, and original catalogs, has been donated to the California Museum of Photography by someone who collected them for over forty years. To read more about the field view cameras, which represent some of the earliest access that everyday people had to photography, see this article in the UCR [University of California Riverside] News.

Speaking of Cameras, take a look at “Personal Cameras, Citizen Photographers” on the DPLA [Digital Public Library of America]. You will see cameras, people with cameras (such as the header image above), advertisements for cameras, information on camera films, patents for cameras and related items, and so much more. It is an interesting, fun, and addictive site! Item originals are housed in repositories all over the country, including – yes, the South.

A view over Bavaria, Germany taken by one of Dr. Neubronner’s pigeon cams, c1910.

Prelinger’s Archives is a collection of thousands of hours of digitized films available to you online via Internet Archives. These “ephemeral” films are those sponsored by corporations and organizations, educational films, and amateur and home movies, from the early to mid-twentieth century.

And more of interest….. The Free Trial offer for the website Luminous Lint (photography: history, evolution, and analysis) is still available. Send an email to alan@luminous-lint.com with your name and the reason you want to take a look , and Alan will set up a password for you.

The DPLA now has a new List feature that allows users to create lists of items from across the Digital Public Library of America’s collections, and save them. You do not need to sign in, but you do need to use the same browser each time, keep in mind that your lists do not “travel.” You can create a list of research sources, or a list of items you especially like, to come back to for your research projects, or just for fun. Here’s the full guide to list-making on DPLA News.

An article I read on The Public Domain Review is so interesting, as well as rather fun, that I had to share it with you – Dr Julius Neubronner’s Miniature Pigeon Camera. A German apothecary and amateur pigeon fancier, Dr. Neubronner (1852–1932), created and perfected a camera for his pigeons to record their flights (see a “pigeon cam” view above). He was able to get the camera patented by showing his pigeons with their cameras at various European expositions held from 1909–11, proving it worked. Pigeons with cameras were used a for a short while during WWI, and again in WWII.

My thanks to Digital Public Library of America, Digital Library of Georgia, Dick Eastman, Alan Griffiths, Nancy Hendrickson, Kenneth Marks, and Public Domain Review for leading me to some of these sources.