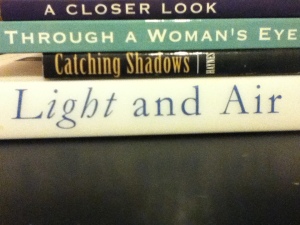 After my post of last Friday “A Psychic Photographer, the Mysterious Grace Gray DeLong,” I realized I needed to sit down and think about the results of my recent reexamination of her life, and my earlier determination that she was an African American psychic and photographer.

It is time to confess that this was one of those times I made an assumption, which in the long-run proved to be incorrect. Being too quick to “make assumptions” is one of my pet-peeves, and this I prefer to attribute to other researchers. Oh no, I am the trouble-maker this time and I must admit it.

Everything I have found to this date points to the fact that Madame DeLong was white.  I suppose it is possible that she was “passing” for white. In the 1980s I interviewed a woman who grew up in the Jim Crow era who told me that whenever she and her sister went to the movies they would do that so they could sit downstairs, rather than in the balcony. As quite light-skinned descendants of a very prominent white Georgian (who will remain nameless in this post), it delighted them to “pass,” thus fooling ‘White Atlanta’ and its silly rules.

But – I doubt this was the case with Grace Gray DeLong (aka Stella DeLong, aka A. DeLong) and I am taking out the statement in the notes field of my database that she was an African American female. That same note in the database records of another three women I know for a fact to have been African American will remain.   Sometime in the future I will post a piece on this blog about those women.

Time to Nip this problem in the Bud!

Another pet-peeve of mine is researchers who allow misinformation to remain. When it does remain, there is a vicious cycle of repeated misinformation. This happens all too often, with the professional historians as well as with history dilettantes and bloggers. Let’s all do our part to nip this problem in the bud.  When you find any information out there on the web that you know to be incorrect, contact whomever you must in order to have it changed or removed.  If you do not get a response, keep trying. You will be doing those of us in the present, and researchers of the future a great service.

Once again I must remind myself I am not working on photographers in this time-period yet, and I should not get side-tracked and write about these post-1885 fascinating lives! But, returning to another proverb, easier said than done.