January 12, 2019 · by gaphodoc · in photo-history, photographers, Research · Leave a comment

It’s a new year! Oh, my……and the image you see here always reminds me of New Year’s Day. I suppose I see the infant as the “new year baby.” But no matter the case, it is time to catch up with all that has been going on in the world of  photo-history and photography in the last few months.

Updates on “Researching Photographers Working in the South”:

We will begin with Georgia: The book “Past in the Present: Cherokee County in Images,” was published by The Cherokee County Historical Society, through a grant from the Joe E. Johnston Foundation.

Color photographs form a historic inventory of Gilmer County pre-1975 buildings, homes and land, and it is now available, via the Sequoyah Regional Library System, in the Digital Library of Georgia.

The Carol M. Highsmith Photograph Archive at the Library of Congress, which is free to use, includes interior and exterior views of the Elbert Parr Tuttle U.S. Court of Appeal Building, in Atlanta. Here is the list for all the Georgia photographs found in the Highsmith Archive.

Newly added to the collection, by Highsmith, are her aerial views. The photographer traveled the Eastern seaboard to take photographs, and Georgia, North Carolina, and South Carolina were included, along with Maine, New Hampshire, Vermont, and New Jersey.

Remember that these images are free to use. “Her generosity in dedicating the rights to the American people for copyright free access also makes this Archive a very special visual resource.”

See below re the other states, but here is the direct link to Ken Mark’s (Ancestor Hunt) Georgia Online Historical Photos Research. I am happy to tell you that this blog, Hunting and Gathering, is still listed here.

Looking for a photographer or related person’s birth or death in Georgia, or other state in the south? Very helpful is the Ancestor Hunt’s Free Birth Death and Marriage Indexes for the Southern States.

Moving along alphabetically through the rest of the South:

We start with Arkansas— take a look at the Shiloh Museum of Ozark History and their online exhibits. The Museum is in the process of revising their website, so you may not see the photographs of Carl Smith in the Ada Lee Smith Shook Collection (the source of the photo below) on the date this post appears, but it will be back on the website eventually. Their  entire collection of online exhibits will be available as they are re-mounted, so please go back to their site periodically as more “exhibits” are added.

There is so much to see related to photography and photographers at the Shiloh Museum! Their research library houses over 500,000 photographs of Ozark life. 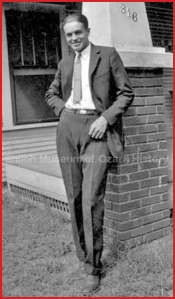 As they state on their site, “The Shiloh Museum of Ozark History serves the public by preserving and providing resources for finding meaning, enjoyment, and inspiration in the exploration of the Arkansas Ozarks.”

This same Arkansas repository, the Shiloh Museum, acquired a set of thirty still photographs from the movie Wonder Valley, which was the very first motion picture shot entirely in Arkansas. Unfortunately, the color film used for the film faded, and no viewable copies are known. The Museum still needs identification on some of the people and places seen in the film stills, and once those are known, the movie stills will be put online later this year.

In New Orleans, Louisiana, the Vieux Carré Virtual Library has been put online by the non-profit Vieux Carre Commission Foundation. This new website catalogs tens of thousands of images and documents for the nearly 4,000 structures in the city’s oldest and most famous neighborhood. Property owners, government, and the general public can now easily research the history of a specific building by clicking on it as part of an interactive map.

The State Archives of North Carolina has added another photo album to its group on Flickr. The Ernest W. Payne Vietnam War Images contains 300+ images, 1967 and 1968. Use the “show more” link for a description of the album and a full biography of Staff Sergeant Payne.

The Shipp Family Studio includes thousands of photographs, made through many decades, of a single community, Hickman County, Tennessee. The family business began when Joe Hardy Shipp opened a photo studio — Shipp Studio — in 1946 in downtown Centerville, the Hickman County seat (about 50 miles southwest of Nashville). Shipp photographed the black and white citizens of the county. A book came out of this group of photographs, A Community in Black & White: A Most Unusual Photo Album of One Southern Community.

Although the compilers believe this practice of photographing across the color line is “unusual,” if you have been keeping up with my blog, you know that it was not really that unusual, even in the late nineteenth century South. It was not uncommon for Georgia’s black and white photographers to have clients in both communities. In fact, two other books are recently out on the work of white photographers who also made photos in the African American communities — one of these was a traveling portrait photographer from Durham, North Carolina, Hugh Mangum, and the other was not working in the South but was also an itinerant photographer, William Bullard, of Worcester, Massachusetts.

Digital Virginias was created by organizations from both Virginia and West Virginia, and it is the newest hub to join the Digital Public Library of America (DPLA). Included is the Jackson Davis Collection of African American Educational Photographs, the George Mason University Yearbooks, and the Farmville 1963 Civil Rights Protests. These black and white photographs, taken by an amateur photographer hired by the Farmville Police Department,  were intended to be used in court proceedings as evidence against protesters who were arrested.

Also to be found on Digital Virginias,  The Holsinger Studio Collection, located at the University of Virginia’s Small Special Collections Library, holds the photographs of Rufus W. Holsinger, another photographer who had both black and white customers. Over 600 portraits of African Americans are in this collection.

And last, but certainly not least, Ken Marks, of The Ancestor Hunt, has updated his “Southern States Online Historical Photo Archives” and increased it by 275, to bring it to a total of  570 archives represented. Here is his list, with links to each of the other southern states (see Georgia link in text above). 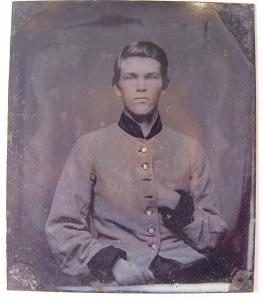 You will also want to make a return visit to the Library’s Liljenquist Family Collection of Civil War Photographs, because that family continues to add materials to their original 2010 donation. The collection contains ambrotypes and tintypes, manuscripts, patriotic envelopes, photographs on paper, and artifacts all related to the Civil War. There is a video on the collection available on YouTube, and a page on Flickr about it called “Civil War Faces.”

Something interesting you should take a look at on the L of C website is their Research Guide, “Native American History and Culture: Finding Pictures.” The Guide is “An overview of Prints & Photographs Division visual resources, including photographs, drawings, engravings, lithographs, posters, and architectural drawings, related to North American indigenous communities. Includes search strategies and tips.” There are some wonderful photographs to be found on that subject, both the historic and the more contemporary, like this beautiful color photograph. 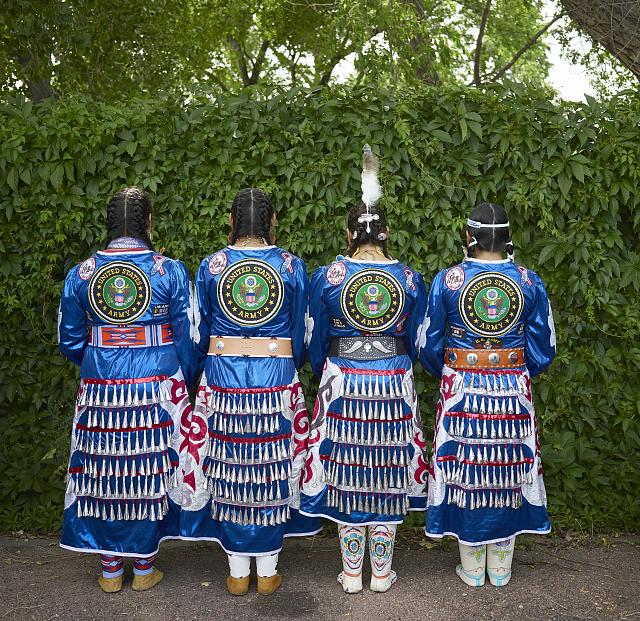 This month, the Library of Congress is celebrating eleven years on Flickr with a new album of pictures, all with an “11-ish” connection. I notice that a photo of a turn-of-the-century Morris Brown College (Atlanta) baseball team — the 9 member team, plus a child and another man, which equals eleven — is included. This is indeed fun stuff!

Georgia newspapers recently added via The Digital Library of Georgia include the official Baptist publication, The Christian Index, 1833 to 1866. This newspaper allows you to search for a person’s name or a church name, and to find obituaries and marriage announcements. For additional Baptist research, try the Georgia Baptist Archives in the Special Collections, Tarver Library at Mercer University in Macon.

The Ancestor Hunt has compiled a list of back issues of hundreds of historical U.S. college and university newspapers that can be found online. These too, are listed by state, and Georgia‘s come from 24 different educational institutions, each with one or more available title.

The Florida Digital Newspaper Library, part of the George A Smathers Libraries, University of Florida, has current (beginning 2005) and historic newspapers. Search results are in thumbnails and text, and can be sorted by rank, title, or date. The separate Historic New Accounts of Florida are from newspapers, 1762-1885, published outside of Florida. A search brings a drop-down list of ways to view the results.

Because so many Georgia photographers either came from or moved to other places near and far, I am always interested in out-of-state, and even out-of-country listings of photographers. Now available online is A Directory of Massachusetts Photographers: 1839-1900, published in 1993, and co-authored by two photo-historians, Chris Steele and Ron Polito. Both of these gentlemen are still active historians..

Due to copyright restrictions, the illustrations have been removed, but the listing of 6800 nineteenth-century photographers and allied professionals, arranged under cities, towns, and villages, remain. Eight appendices cover topics including women photographers, photographers’ Civil War military service, and photographic patent holders. Brand new to the online edition, added in August 2018, is an errata and additions sidebar, and a list of resources on 19th century Massachusetts photography.

I have the book in hardcopy, but I am thrilled to be able to see these new additions. The Directory is hosted by the University of Massachusetts Boston’s Open Archives Program. You can also download a version of the original book via Archive.org in various formats, including full text, PDF, and Kindle, but without the added pages viewed on the other site.

Speaking of out-of-state listings of photographers, you should also know that David V. Tinder’s Directory of Early Michigan Photographers is online, and it can be downloaded. I do not have the this book in hardcopy, so I am very happy to see it online, with the last update in December 2013. The Finding Aid to the Tinder Collection of Michigan Photography, ca. 1845-1980 of approximately 113,000 photographs and 96 volumes, is at the William L. Clements Library Graphic Division, University of Michigan, Ann Arbor. Be aware that parts of the collection are still not open.

Unfortunately, Mr. Tinder passed away on  July 19, 2016. He left us a fine legacy, particularly to those of us who are as passionate as he was about the subject of local photographers. Like the late Peter E. Palmquist (d. 2003) and John S. Craig (d. 2011), two of my favorite photo friends, he set a great example for we of “like minds.”

I hope you found something in this post to interest you. I want to thank all those who shared information or images useful to me. They are (in no particular order) Ken Thomas, Jr., Kenneth Marks and The Ancestor Hunt, Ron Polito, ResearchBuzz, Marie Demeroukas, Getty Open Content Program, J. Paul Getty Museum, The Library of Congress, Digital Public Library of America (DPLA), Digital Library of Georgia (DLG) , the PhotoHistory listserv at Yahoo groups, Valerie Beaudrault of The Weekly Genealogist, and The Bitter Southerner.

← Photographers and Georgia Hotels, an Interesting Connection
Be My (Photo) Valentine →