They were all Valentines, East and Tops and Georgia photography 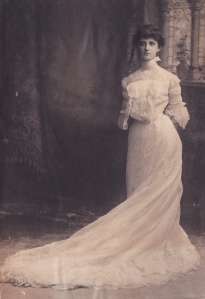 William East Lenney (1868-1960) married Loiette Keim (1872-1959) on December 8, 1892, in Newport, Pennsylvania, where “East” Lenney had been working as a photographer. After their marriage they went to Philadelphia, then took a train trip to Florida. That train went through, and probably stopped in, Atlanta, Georgia. The couple decided Atlanta would be a good place to go into business.

In late 1893, East rented a photo studio over William Lycett’s china painting studio and school, at 83 1/2 Whitehall Street, other Atlanta locations for the Lenney Studio followed. Loiette, called “Tops” by “East,” often worked as a negative retoucher for her husband’s studio, even though their first child, named Fred Lycett was born in late 1895, followed by three more. 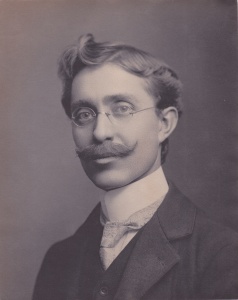 W. E. Lenney’s career as an Atlanta photographer was impressive, and he belonged to several local, regional, and national photographic organizations. His photos appeared in both the Atlanta Constitution and the Atlanta Georgian as late as 1922. By late 1921 or early 1922, the entire Lenney family made the trip to California in a Model T Ford, and stayed. East worked briefly as a photographer in Los Angeles before going into real estate.

I am the recipient of a wonderful collection of photographs made by W. E. Lenney in Pennsylvania, Atlanta, and Los Angeles, as well as photographs and snapshots of or made by the Lenney family. I am grateful to East’s California granddaughter for staying in touch with me for over thirty-five years, and making this gift, with the understanding that some items will go to other repositories.

I will be writing in more detail about W. E. Lenney in the next year, and I will include information on the involvement of several other Lenney family members in his Atlanta photography business. Stay tuned.