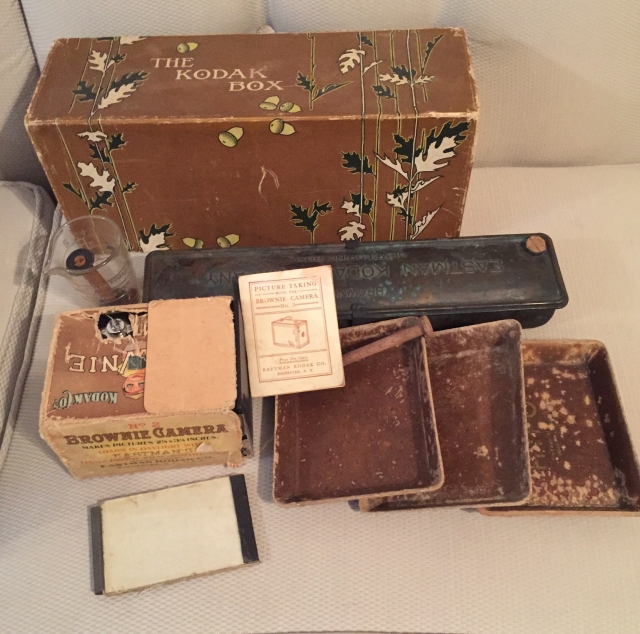 The actual Brownie Camera No.2, the guide, and developing trays in the original package, the “Kodak Box,” used by Ora Cobb and her sister Eula Cobb Hanes, ca. 1905-1912. Photo courtesy of Clifton Hanes.

The amateur photographers have always interested me. Although I know there were many of them in Georgia by the turn-of-the-century, the amateurs are more difficult than the professional photographers to find and write about. I was thrilled when an acquaintance told me that his grandmother and great aunt were amateur photographers and they took hundreds of photographs in rural Hall County, Georgia. I found this news unusual, and fascinating!

Those amateurs I have written about, in a part one and part two post, belonged to “clubs” and were either living in or very near medium to larger-size metropolitan areas, or were students in Georgia colleges. Good information on known, named amateurs working in rural Georgia is something entirely new to me. These two new-to-me amateurs were Eula Cobb Hanes and her sister Ora Cobb. Because one of  my research interests is women in the business of photography in Georgia, this information is quite a bonus. These two women are now two separate entries in my database of Georgia photographers.

Eula and Ora Cobb were born in Hall County, Georgia, in the Belmont Community near Chestnut Mountain, very near Walnut Creek. Their father was a farmer, and most family members lived close by. Some family members operated Tanner’s Mill as well as a country store, and the girls were raised about a half mile from the Tanner’s Mill site. The nearest city was Gainesville, Georgia, where the most prominent long-time photographer was N. C. White.  Perhaps a visit to his studio sparked the Cobb girls’ interest in photography. 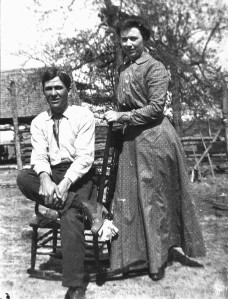 Eula Cobb  was born August 24, 1887. She married  Lester C. Hanes in 1910, and she became Eula Cobb Hanes. The couple raised six children, three girls and three boys, so of course, Eula never worked outside the home.

Ora Cobb was born June 30, 1889. She married a distant cousin, Tom Cobb, but not until the 1950s. Her name never changed and she remained Ora Cobb. The couple married later in life and had no children of their own. I imagine keeping up with all the children of all those nieces and nephews kept them busy enough.

The girls were only two years apart and were probably still in their teens when they began making photographs about 1905, and in their twenties when they stopped about 1912. 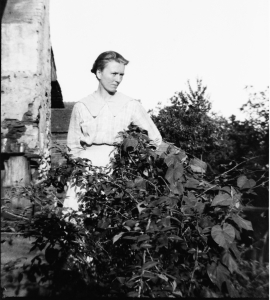 Somehow they came into possession of a “Kodak Box,” probably as a gift around 1905. This included a Brownie Kodak number 2 camera and all the equipment, including chemicals, needed to process their own film. The Kodak Brownie No. 2 camera originally came out the year Eula was fourteen and Ora was twelve, in 1901.

A 1906 advertisement for this “Box” sold by the Eastman Kodak Company lists the items it included and suggests that the Kodak Box would be a “a happy solution of the ever perplexing holiday gift problem.” 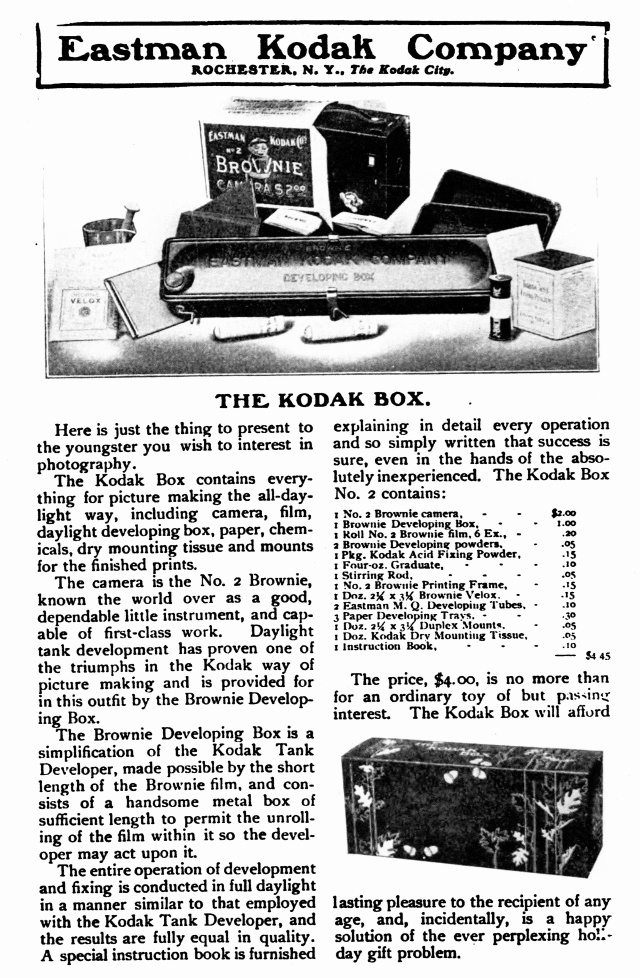 This advertisement for “The Kodak Box” appeared in the advertising section at the end of the 1906 (v. 43) Wilson’s Photographic Magazine

About 300 of the sisters’ Hall County, Georgia photographs, probably taken by them between 1905 and 1912, still survive with family, and all have been scanned as digital images.The following is a selection of the very interesting images made by the Cobb sisters with their Kodak Brownie no. 2 camera. 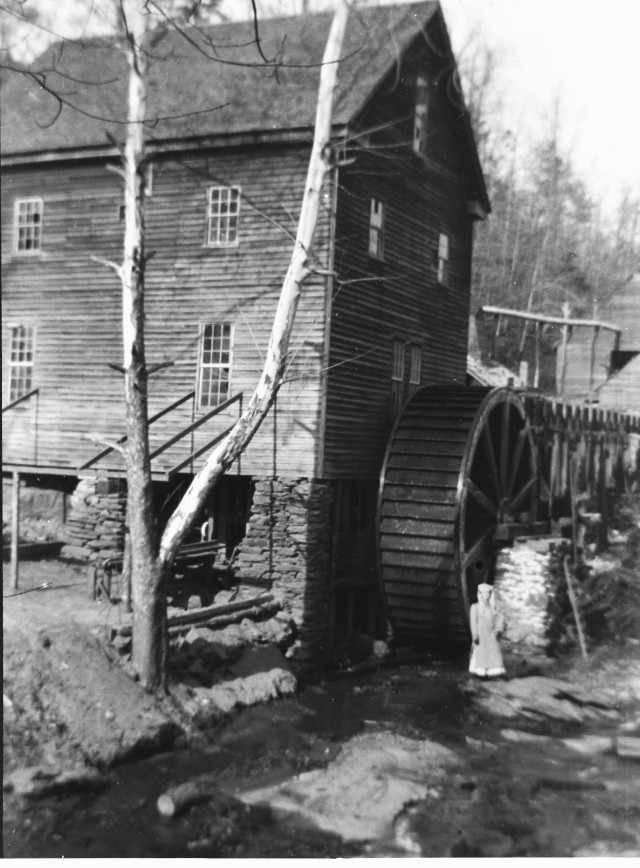 Tanner’s Mill, Walnut Creek, Hall County, Georgia; photograph by Eula or Ora Cobb (one of whom may be standing at the mill wheel), ca. 1910; photo courtesy Clifton Hanes 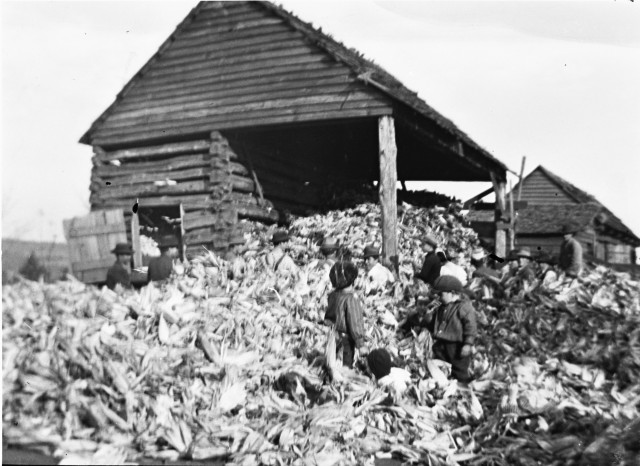 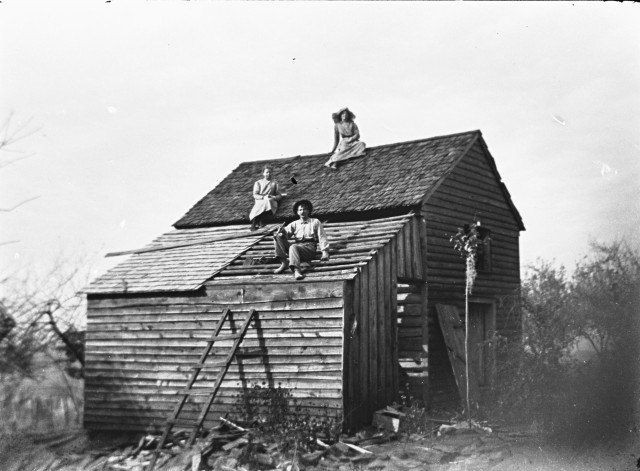 © E. Lee Eltzroth and Hunting & Gathering, 2017. Unauthorized use and/or duplication of this material without written permission from this blog’s author is prohibited. The piece can be re-blogged, and excerpts and links may be used, provided that full and clear credit is given to E. Lee Eltzroth and Hunting & Gathering, with appropriate and specific direction to the original content.

← Women At Work
A Halloween How-To-Do-It →