Previously I said I would be posting some of my “mystery” photographs and other curious mystery items. I thought I would begin with this one. Maybe someone out there can solve this mystery for me.

I purchased a portrait a few months ago by Atlanta photographer William L. Brockman, an African-American photographer who once worked in Atlanta.  Other than a few in the collection of the Atlanta History Center, I haven’t seen any portraits or other images by this photographer “out there,” so I was very happy to get it.

And it’s signed, which is always a plus, because I collect primarily for the photographer, not solely for a “good” image.  It’s always nice when I am able to get both.  This particular portrait is of an unidentified man in uniform. It appears to have been heavily touched-up so that the braid frogs (?) on the front of his uniform are no longer prominent. 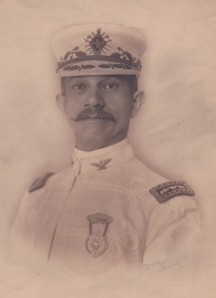 Although Brockman is later chronologically than the group I am currently working on (1862-1885), I am curious about the uniform. The left side of the badge, I believe, reads “uniform rank”.

Below is a detail of his hat and another of his badge and an epaulette, which I have scanned at a higher resolution and I hope that allows you to see them well enough. 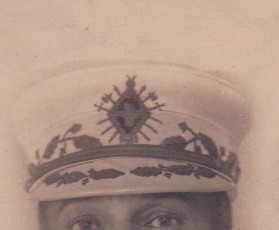 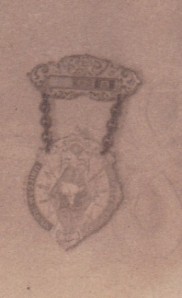 I would love to hear your comments on which fraternal organization or other type of brigade you think this gentleman belonged to.  This is something I have not investigated fully. I do, however, know some things about William L. Brockman, although my research is not exhaustive by any means.

He was born in South Carolina in March 1879 (if one can believe the 1910 census, which may well prove to be “not quite” correct). By 1900, according to the census, he was working as a photo printer in Greenville, South Carolina.  By 1905 he was in Atlanta working at McCrary & Co., where he worked as a photo printer at least into 1908. By 1914 he was managing The Princess Studio at 160 ½ Auburn Avenue, and in 1916 he was partner to Edward W. Meek in Meek & Brockman.  By the time information was collected for the publication of the 1916 Atlanta city directory, his Auburn Ave. location had been taken over by N. H. Mondul, who was there to at least 1929. Brockman was in Cincinnati, Ohio as a photographer by 1920, and married to his second wife, Lina. 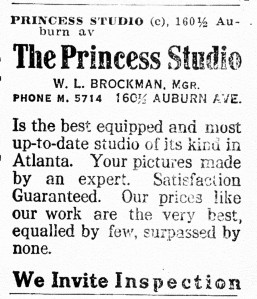